DVD - This Is Elvis 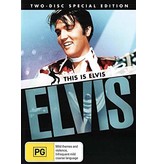 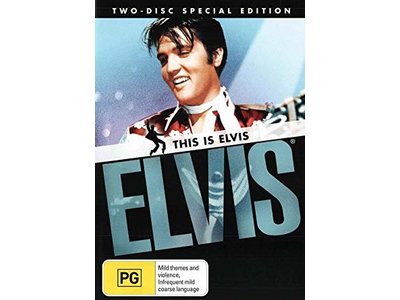 This documentary film This Is Elvis can safely be considered as Elvis film no. 34. This is the only real film about Elvis. And with Elvis in the lead. Only some of the important episodes from Elvis' life of which there are no footage, additional recordings have been made. Among others Elvis' childhood and some excerpts from his army period, and the openingscene. This set contains on disc 1 the original cinema version from 1981 of 97 minutes and on disc 2 the extra long version as it appeared on video a short time later. The latter contains no less than 40 minutes extra footage from Elvis. What is particularly worth mentioning about This Is Elvis is the fact that footage was made on the upper floor of Graceland for this film. In addition, Joe Esposite and Jerry Shilling contributed to this film to ensure that everything went correctly and was placed in the right context.

Note: this release is region 4. This can be played in a region-free DVD player.