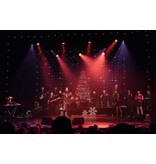 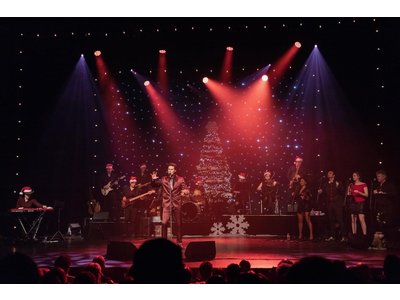 These tickets cannot be ordered in combination with other shop items.

The most wonderful time of the year is Christmas. Especially after last Christmas where everyone celebrated Christmas in a small circle, this show will become even more unique! Especially for Christmas, Bouke and his band put together a unique, atmospheric program with the most beautiful Christmas songs ever. From Lonely This Christmas to Merry Christmas Baby and from Driving Home for Christmas to Blue Christmas: a successful Christmas season starts with this full-length show with dancers. This all-in show has already sold out venues in the Netherlands, Germany and Belgium. Come and enjoy in December with Bouke and band in The Wonderful World of Christmas!

About Bouke
Bouke Scholten grew up in a musical family and it was soon discovered that he had a golden voice. Bouke started performing at the age of 18 and the audience also discovered the powerful, flawless voice that he possesses. Because of this, his star rose quickly and he became a much sought-after artist. Bouke was a guest in three music shows on TV and that is how the rest of the Netherlands became acquainted with Bouke. With his golden voice he effortlessly won the RTL4 television show Waar is Elvis? and at the end of 2014 he was also the absolute number one on the SBS6 TV show The Winner Takes It All. In 2019 he did it again, at All Together Now!

His voice and performance took Bouke in 2012 and in 2017 even to Memphis (USA) where he was allowed to perform at the Graceland estate for a worldwide Elvis audience.

In addition to these successful victories, Bouke took to the theaters with his own live band, often supplemented by his own orchestra. With his theater shows Bouke manages to bring the audience into ecstasy time and again. Visitors who have already seen Bouke's show are unanimous … WE WANT MORE!