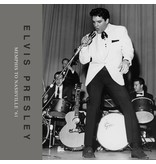 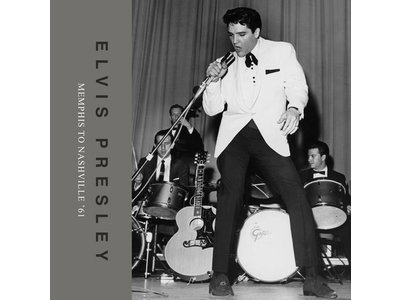 Tweet
€ 59,95 Incl. tax
In stock
Delivery time:
1-3 working days
Article number:
5060210000000
This book will give a comprehensive account of the two Memphis charity shows that Elvis performed at the Ellis Auditorium on a cold day in February 1961.
The book includes accounts of that day and the events leading up to it. It features accounts from Elvis’ musicians, friends and fans, magazine- and newspaper articles from the time, and many rare and newly-discovered photographs. The collection of over 100 unpublished photographs, most of them in black and white, have been collected from many different sources some are from original negatives whilst others are from original prints.&nbsp
Also included in the book is a section on Elvis  visit to Nashville on March 8, 1961, less than two weeks after the benefit shows of February 25, to receive an honorary colonelship from the Governor of Tennessee, Buford Ellington. Furthermore, the final part of the volume includes information and details relating to the recording sessions held on March 12 and 13, 1961 that provided most of the tracks for the classic LP, Something For Everybody
As an added bonus, the book comes with a CD containing the mono version of  Something For Everybody plus recordings of Elvis' press conference, held at the Hotel Claridge in Memphis on February 25, 1961, and of the presentation of honours at the Tennessee State Capitol just 11 days later.
Tracklisting: SOMETHING FOR EVERYBODY (mono version)